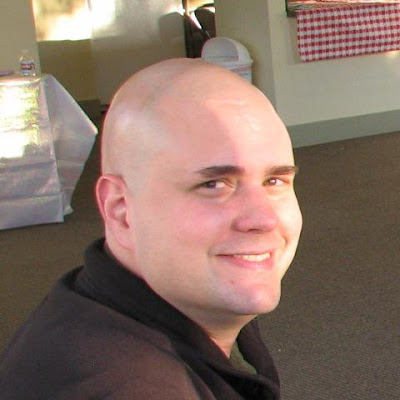 I was looking at my profile the other day and I realized that my pictures were really old and somewhat misrepresenting of my appearance. I've never really spoken about this online... last summer I shaved off all of my hair.

This is the second time I've done this in my life. The first time was at a little place called Marine Corps Recruit Depot Parris Island. The second time was when I found out that my wife's cancer had returned. When she was first diagnosed we were told that the drugs she would be taking would not cause hair loss. However, the second time around was a different story. There was just no way I'd let her lose her hair all alone so off it came. I only wish that baldness actually bothered me so that it would be more of a sacrifice.
Posted by Christopher Painter at 11:51 AM