The quote comes from the WiX Tutorial at Tramontana:

You might wonder if WiX is already mature enough for the installation of large, complex applications with a large number of files to be deployed. Well, Microsoft itself is switching to WiX with all its major software packages. Just as an example, the setup of Microsoft Office 2007 was developed entirely with WiX.

That is a great testimonial to the maturity of WiX.  The only problem is that it isn't true.   Consider the following dialog: 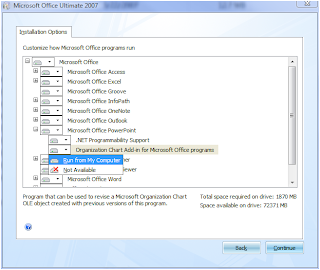 This dialog is not created by WiX.  It's created by an internally developed bootstrapper that provides a multilingual external user interface.   Sure, the installers are mostly WiX underneath the covers ( I see some custom actions in there ) but the majority of the user experience has nothing to do with WiX.  Additionally the Office 2007 consists of many smaller MSI's that are chained together.   WiX simply does not yet support this story.

Sure, the WiX team is currently been working on Burn but it isn't done and the claim isn't true.   Why is this important?   Because I want everyone to remember, Don't Believe Everything You Read.   I like WiX but let's keep it real and not get blinded by enthusiasm.
Posted by Christopher Painter at 7:56 AM 2 comments:

Nick Ramirez announced today the availability of a new book focusing on Windows Installer XML authoring.  I can't say I've read it yet ( other then skimming the first chapter that's available online for free. ) but I'm going to go out on a limb and say everyone should go ahead and buy it.  To put my money where my mouth is, I just ordered it myself.

I don't know if I'm doing Nick any favors or not but here's the way I see it.   Let's be honest, how often do we see a new book on installers?   Once every 5 - 10 years is my guess.    Leslie Easter and Phil Wilson's books were fine but they are very, very old.   So just on that alone I give Nick's new book a buy rating.

Seriously, apx $50 ($10 if you are into eBooks ) is chump change when it comes to investing in training.  So either break out your credit card right now or go on down to your boss and ask him to sign off on it and let's show Nick that his work is appreciated.

Then feel free to come back here and post your reviews of the book as comments.
Posted by Christopher Painter at 3:47 PM 3 comments: 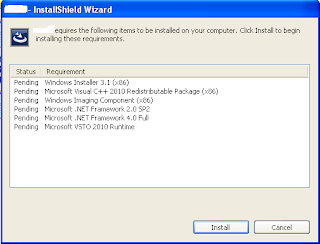 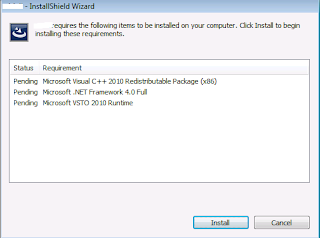 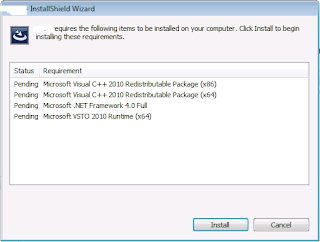 I'll try to revise this post from time to time. Until then, please leave a comment if you need any clarification or corrections.
Posted by Christopher Painter at 10:20 PM 4 comments:

I received some news today that came a bit quicker then I was expecting.   Effective tomorrow, I'm going to to ( mostly ) take a break from install lead responsibilities and go work as a .NET developer in one of my company's business areas.  I'm really anxious to attack this new challenge and grow application development skills.  As such,  I'm going to be taking a break from the installer community. I'll continue to work on IsWiX and I owe at least one more blog post on deploying VSTO AddIns.

Wish me luck!
Posted by Christopher Painter at 9:10 PM 5 comments: