I don't talk about this much these days, but before my career in computers I was once a musician. From 1993 to 1996, I was assigned for duty with "The Commandant's Own" United States Marine Drum and Bugle Corps. It was quite an honor to have earned the privilege to tour with such an outstanding group.

Those were some really great years of my life. Thanks to Facebook, I'm able to keep in touch with my former fellow Marines and in June we'll be having a 75th anniversary reunion in Washington, DC.

So turn up your speakers and press play for a trip down memory lane.

Posted by Christopher Painter at 10:23 PM No comments:

Last October a (then) former ( and now current ) coworker also named Chris asked me the following in an email:

I am running into a problem with a DTF custom action. When the action tries to run I get:

This on is weird because I am using the exact same module in another product on the same machine and it works like a champ. Bizarre.

My initial reply was:

Are any CA's running before it?

I hadn't seen this error before and I was a little concerned because I was such a proponent of DTF and managed custom actions I was afraid that perhaps DTF had an Achilles' heel. I also knew that where my friend worked was the home of a very restrictive environment so if anyone would find a problem with DTF, it would be him!

I introduced Chris to the creator of DTF, Jason Ginchereau, and the two attempted to troubleshoot the problem with little progress. I didn't really follow up on it because at the time I was busy cranking through sprints for a new product at Multimedia Games.

So I email Jason again and log a bug (SF210297) at SourceForge to make sure it gets proper attention this time. This time Jason sees some problems on the unmanaged side of DTF. He was assuming that the current working directory of the recycled process hadn't been mucked with ( remember my comment about other CA's scheduled prior? ) when he made his call to RUNDLL32.

So to make a long story short, I just completed an effort with the build team today to update 30 some virtual machines to have WiX 3.0.5210.0. Between this bug fix and many others related to DTF, I really suggest that anyone using DTF custom actions in builds prior to 5210 upgrade ASAP and don't ship your product until you do. You might never come across this problem but I know I sleep better knowing I won't either now also.
Posted by Christopher Painter at 8:04 PM No comments:

InstallAware Email Thread ... Is this for real?

I came across a very interesting email thread that is really far out there. I almost want to believe it's a fake but having dealt with InstallAware and Michael Nesmith in the past, I can only conclude that it's legit.

You can read the exchange here at CodeProject.com.
Posted by Christopher Painter at 10:14 PM 9 comments:

When You Wish Upon A Star 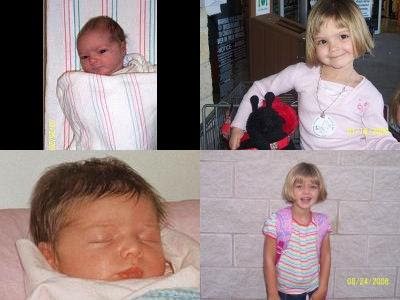 Wow, have they grown fast! It seems like just yesterday that Ashley and Emma was born.

When you have a 4 year old and a 6 year old who both are princesses, there's only place you can go for vacation... it's simply time to visit the mouse.

Anyone have tips for a first-timer? We'll be going in May before Memorial day.